Today, the #NationalMuseumPH joins advocates for the preservation of our environment in celebrating the International Day of the Tropics, which is home to the world's extraordinary biological and cultural diversity. The tropics only accounts for 40% of the Earth's surface but host to approximately 80% of the world's biodiversity. Sadly, the tropical regions such as the Philippines faces several challenges like logging, deforestation, loss of biodiversity and climate change. As a tropical country, the Philippines is endowed with several forest types and one of them is limestone karst forest. This forest covers only a tenth of the country's land surface but is home to several unique endemic flora and fauna found nowhere else. High level of endemism is outstanding on some plant groups such as begonias, gesneriads, aroids, orchids and ferns. In fact, several new species of Begonia and Amorphophallus were discovered from limestone karst forest. Recent herpetological surveys from different areas have resulted in the discoveries of new limestone specialist species of Gekko and Platymantis. Caves in the limestone karst forest support colonies of bats and swifts which provide free pollination to crops and pest control services to nearby human settlements. People also benefited from large deposits of guano as a source of organic fertilizer but it is also the source of nourishment of countless cave faunas. Deep inside the caves, troglobytes such us blind fish and blind crabs adapted in the total darkness. In Cebu, the remaining patches of limestone karst forest is the last stronghold for the island's endemic bird species such as Cebu Flowerpecker, Cebu Hawk-owl and Cebu Black Shama. Around 30% or around 10,000 km² of limestone karst forest is protected under the protected area system such as Samar Island National Park and Puerto Princesa Subterranean River National Park. The remaining limestone karst forest should not be neglected nevertheless. Let us conserve and safeguard these for our future generations. The following 3.36-minute video shows the stunning beauty and diversity of limestone karst forests in Philippines. Text by John Rey Callado/NMP BNHD #WildTropics #WeAreTheTropics #MuseumFromHome #BeatCOVID19 ©The National Museum of the Philippines (2020) 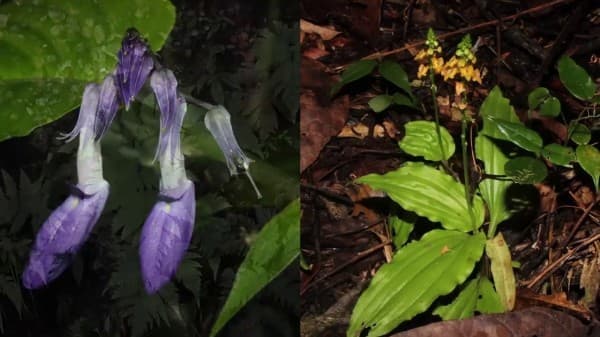