National Museum of the Philippines /
Posted 6 days ago

The #NationalMuseumPh celebrates the 152nd birth anniversary of Fabian de la Rosa y Cueto who was born #OnThisDay in 1869. Today, we feature “La Perla de Lucban” his foto-óleo portrait dated 1891 and loaned from the collection of Dolores P.R. Santiago. The sitter here is Maria Isabel Nepomuceno de Ordoveza (1852-1888). This is de la Rosa’s gift to Juan Ordoveza, a good friend and a father figure who is the husband of Maria Isabel. Fabian de la Rosa created this three years after her death. This artwork is considered to be the earliest surviving work of the artist and was painted when he was 22 years old. Foto-óleo is an art form popular during the mid-19th to mid-20th centuries, prior to the invention of color photography. It was executed by applying paint directly on black and white photographs to make it more life-like and visually pleasing. Fabian de la Rosa was born in Paco, Manila. He belonged to a family of painters and was trained by his aunt Mariana de la Rosa and uncle Simón Flores, eminent portraitist and Filipino painting master. De la Rosa was the first art mentor of his nephew, Fernando Amorsolo, who became the country’s first National Artist for Painting. In the 1904 St. Louis Exposition in Missouri, U.S.A., de la Rosa’s paintings “Planting Rice” and “The Death of General Lawton” won the gold and the bronze medal, respectively. In 1908, he earned a scholarship to study in France and Spain. He returned in 1910 and taught at the University of the Philippines (UP). In 1926, he was the first Filipino director of the UP School of Fine Arts—a position which he held for 11 years. The artist passed away on December 14, 1937. In 1968, the City Government of Manila posthumously awarded him the “Patnubay ng Sining at Kalinangan Award”. “La Perla de Lucban” is the centerpiece of the exhibition “Larawan at Litrato: Foto-óleo and Picture Portraits in the Philippines (1891-1953)” located at Gallery VII, National Museum of Fine Arts. This was launched in October 2020 and is dedicated to the memory of Dr. Luciano P.R. Santiago (1942-2019). You may access this exhibition online at http://pamana.ph/ncr/manila/foto360.html. Text and photo by NMP FAD © National Museum of the Philippines (2021) 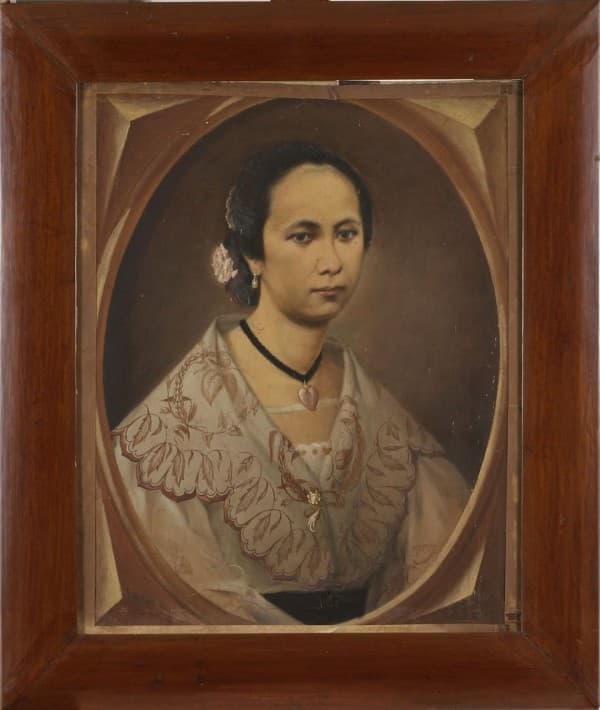 Shangri-La at the Fort