National Museum of the Philippines /
Posted 7 days ago

As we end Philippine Environment Month, the #NationalMuseumPH features a video on the Terrestrial Protected Areas and invite everyone to help conserve these biodiversity centers. The country’s geographic location in the tropics, climate, and archipelagic composition, among other factors enabled various forms of life and ecosystems to thrive due to high levels of organic productivity in this region. Studies consider the Philippines as one of the most mega biologically diverse countries. It hosts two-thirds of the Earth’s biodiversity, of which 49% of the country’s terrestrial wildlife are endemic or can only be found here. The original forest cover of the Philippines was described to be so dense it covered the peaks of mountains down to river mouths and shorelines. It covered 70% (or 21 million hectares) of the country’s total land area (TLA) in the early 1900s. Half was lost in the 1970s due to logging concessions and timber export, and is currently only at 23.7% of the archipelago’s TLA (6.9 M hectares). Steps to protect the remaining terrestrial ecosystems of the country were strengthened through the creation of the National Integrated Protected Areas System (NIPAS) Act. This mandates the administration and classification of protected areas and maintain its preservation. As of 2013, there are 240 established protected areas in the country which includes 4.07 million hectares of terrestrial ecosystems or 13.57% of the country’s TLA. About 26% of the country’s remaining forests are found in Protected Areas. The Museum, in collaboration with local and international researchers, conducts fieldworks in some of these sites to study and discover their distinct flora and fauna. Among these are Northern Sierra Madre Mountain Range, Mount Iglit-Baco National Park in Mindoro, Mount Makiling Forest Reserve in Luzon, Mount Apo Natural Park in South Central Mindanao, Mount. Kitanglad Range Natural Park in Bukidnon, Mount Malindang Range Natural Park in Misamis Occidental, Mount Hamiguitan Range Wildlife Sanctuary in Davao Oriental (which is also a UNESCO World Heritage Site, and Mount Timpoong-Hibok-Hibok Natural Monument in Camiguin Island. This video is part of Only in the Philippines: Our Natural Inheritance Gallery at the National Museum of Natural History. Please click the image to view video. #PhilippineEnvironmentMonth #MuseumFromHome #StayAtHome #BeatCOVID19 Text by Jasmin Meren/NMP Zoology ©The National Museum of the Philippines (2020) 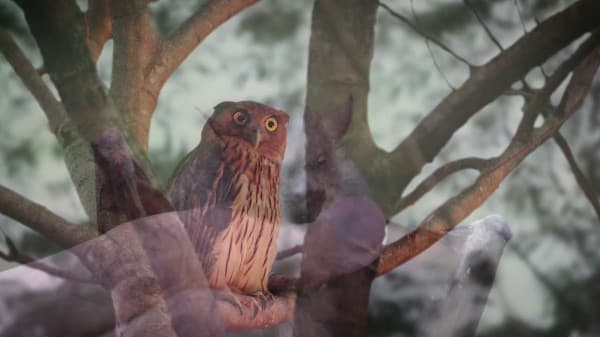