National Museum of the Philippines /
Posted 5 days ago

This week’s #WildlifeWednesday, the #NationalMuseumPH features another proof of the rich natural heritage of the Philippines: an enigmatic nocturnal hunter —the Philippine scops-owl (Otus megalotis). This relatively large owl is found only in the islands of Luzon which is why it is alternatively called the Luzon lowland scops-owl. Its wide range of distribution suggest that the species is not rare or uncommon, though this owl is very secretive and unpredictable. Finding this bird may take a pure luck or by having the knowledge of its ecology and natural history. Though quite common and widespread compared to other owls, the Philippine scops-owl diet remains poorly known. According to Konig and Weick 2008, insect remains were found on its stomach. But by merely looking at its body size, sharp talons and powerful feet, the Philippine scops-owl is most likely be preying on something bigger than insects alone. Would you believe that recent observations show that these scops-owl preyed on small rats too? What do you think make these owls successful hunters? Owls have well developed eyes much similar to humans but can see more details at night. They have a highly developed acoustic sense sharp enough to detect the slightest movement of insects among dry leaves or a mouse skulking on the ground. These owls possess sharp talons and powerful feet uniquely designed to catch and or kill their prey. Interestingly, owls have unique wing and feather features that enable them to fly near silently. Read more about this unique trait here https://bit.ly/3ukLsOr . Indeed, evolution has fine-tuned owls to be an effective stealth hunter! Text and photo by Zoology Division #NationalHeritageMonth #MuseumFromHome © National Museum of the Philippines 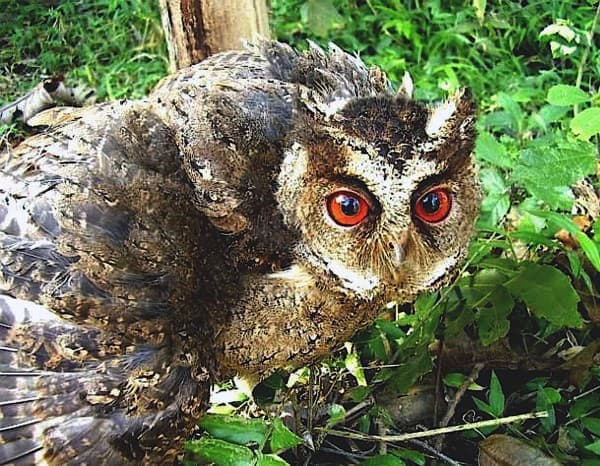